The Cross of Dona Juana

You are here: Home / Noticias Inglés / The Cross of Dona Juana

Popular wisdom tells that in the 18th century, a woman named Doña Juana, a widow and old woman, lived in Navahermosa, but she still had great vitality. She lived in a house located on a high place from which she could see the whole town.

At his service was a young maiden, endowed with both beauty and intelligence, engaged to a humble neighbor, but of great worth and heart.

Legend has it that a certain afternoon a recruiting unit led by a proud captain arrived in Navahermosa. Arriving at Doña Juana’s door, he discovered the young maiden, and falling in love with her, he did not hesitate to start courting her, not in a good way, without obtaining a response from the lady, who remained faithful to her humble lover.
Behold, one day the young man, fed up with the attitude and bad manners of the captain, recriminated his behavior, to which the wounded soldier in his pride responds with a blow of his sword, reaping the short life of the humble lover .

Doña Juana witnessed all this, who saddened by the sad end of her maid’s suitor orders a cross to be placed on her façade that is still preserved today, so that the memory of the ill-fated young man remains.

It is believed that the Cross of Doña Juana is actually much older than narrated, although no one knows for sure its date and the reason it was placed. But it is a curious element worthy of being contemplated on a visit to the town of Navahermosa. 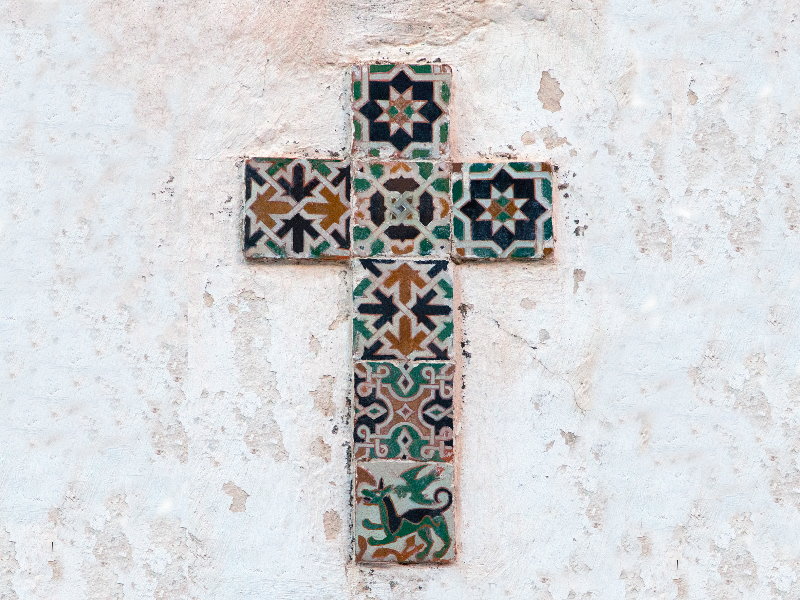