You are here: Home / Entorno Inglés / Hermitage of San Sebastian

Accessing Navahermosa along the old road to Toledo we come across this old hermitage, of which we have the first documented news in 1576. Until then we know little about it, and it was rebuilt in 1671 with the appearance it presents today. With a rectangular ground plan, its orientation is north-south.

The main door that is located in the southern part, and faces the population, was built with enormous voussoirs that are no longer preserved, and on whose key the JHS anagram and the date on which it was rebuilt could be seen. It is known that it had a baroque altarpiece painted by the remains that still remain around the niche of the titular saint.

Worth noting is its coffered ceiling. It is currently municipal property. 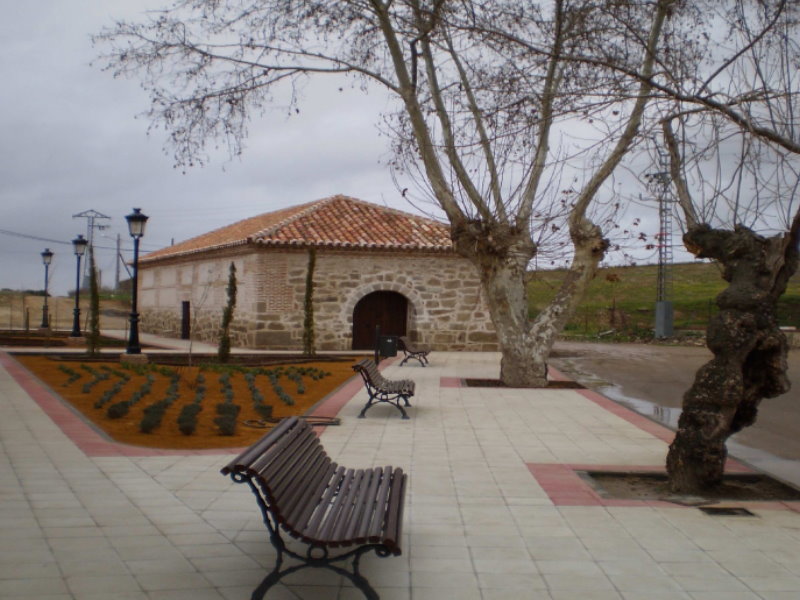