This bridge is believed to have been erected to replace another, of which there are still remains downstream, which was destroyed in 1203 by a strong flood of the river. It gave its name to the now-disappeared parish of San Martín de Tours, which was very close.

The civil war between Pedro I and his half-brother Enrique de Trastámara suffered significant damage, since the supporters of the first one intentionally destroyed part of the bridge to prevent access of the Trastamara supporters to the city. It was in the year 1368.

Peace restored, and with Archbishop Pedro Tenorio in the episcopal chair, its restoration took place.

Already in the 16th century the inner tower was completed, to which was added the city’s coat of arms with the double-headed eagle flanked by two seated kings.

Along the bridge there are different inscriptions that speak of the reforms carried out between the years 1690 and 1790 that gave it the aspect that it maintains today.

It was declared a National Monument in 1921. 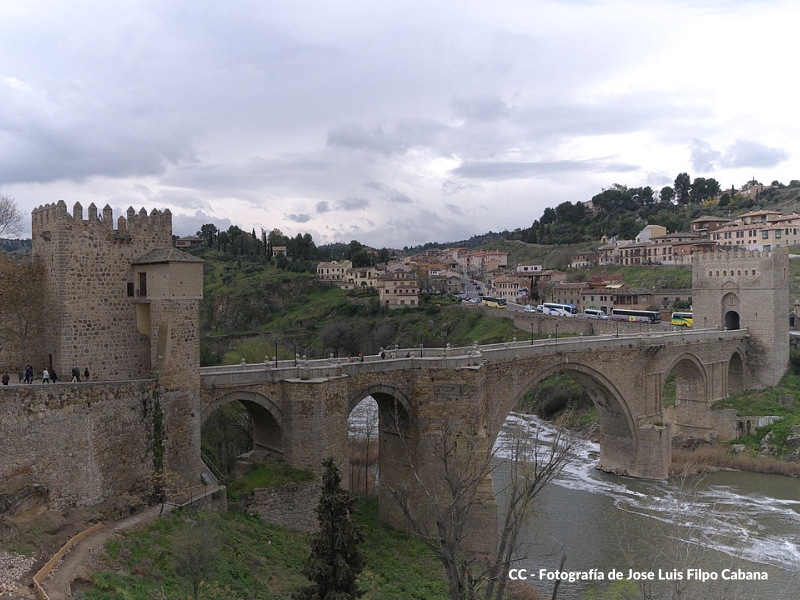