The cork falls from the Milagra

You are here: Home / Fauna y Flora Inglés / The cork falls from the Milagra

In Navahermosa, near the famous hermitage of “La Milagra” existed until the last day 11 of January of 2016 a famous and Centennial Cork tree very appreciated and known by own and visitors. And it was not unnoticed by its height of 20 meters, the thickness of its trunk of about 2 meters, and a width in its upper part almost equivalent to its total height. This giant, one of the largest in Castilla la Mancha, has been a mute witness to Navahermosa’s history for the past seven centuries.

However, it has not been able to resist the winds of recent weeks, which have toppled the iconic cork tree, affected by the presence of larvae that had affected its resistance.

The authorities of Navahermosa, following the advice of the environmental agents, a to ask the owner of the farm where it is in tree that remain their remains as they have left, where a commemorative plaque will be placed. 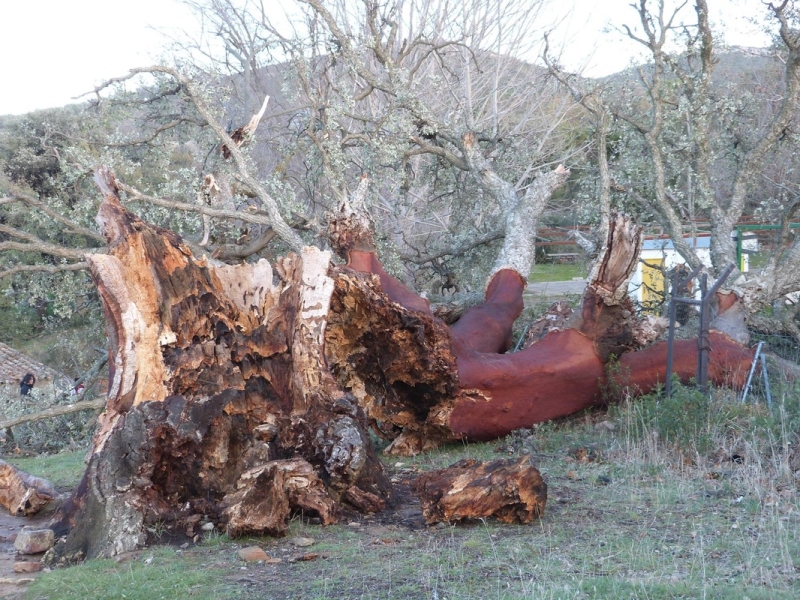