In the National Park of Cabanars, in the vicinity of the municipality of Los Navalucillos, continue along the road to Robledo del Ox until kilometer 16 (about 10 kmts. of the village), where we will find a dirt road for which we can get off with the car (if it is all terrain better, although with a tourism is also passable). In just five minutes we will arrive by the river Pusa, where there is a picnic area and appropriate facilities to spend a good day in the country if we need them. We leave this to the right, taking the path that leaves to the left, and in just another five minutes we arrived at the beginning of our route, which we can only do on foot.

We receive a small parking lot where we can leave our vehicle, and a wooden hut, where we will provide information on possible routes and a plane of the area. According to our preparation and our desire we can choose between three possible routes: 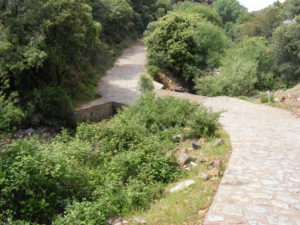 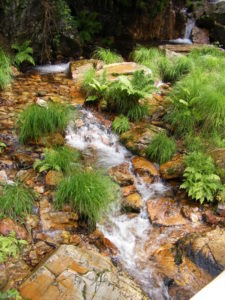 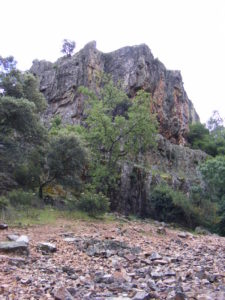 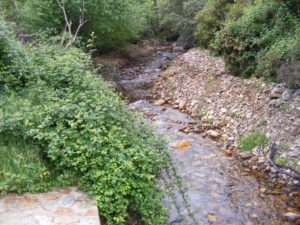 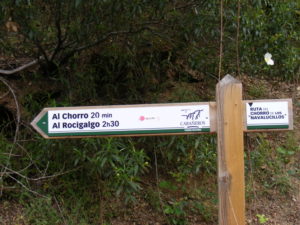 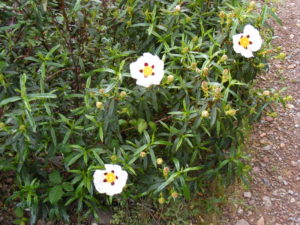 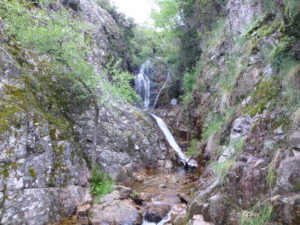 If we make the route to the jet the journey of about four kilometers we will do it in about two hours with a 200 meters of level. The route is not too complicated as we will see when crossing with many walkers, including regular families with young children, on a well marked path and with small narrower areas. The reward of the end will come to a beautiful waterfall.

The route to the Chorrera girl is a mile and a half more, and will extend the time of the tour in about forty five minutes to ascend another hundred meters of altitude. The road becomes somewhat more difficult in some sections, which can be complicated during the rainy season as the terrain gets more slippery. On this route we will discover cornices used by the shepherds to protect themselves with the cattle, and enjoy magnificent views of the valley.

If we finally dare to continue the route to the Rocigalgo we expect four and a half kilometers, we will conclude in a total time of approximately four hours from the starting point, and a level of 700 meters. The Rocigalgo, with 1448 meters, is the highest peak of the mountains of Toledo, and we will arrive to him following the riverbanks populated by heaths and Oaks. Once the Pico has been crowned we can enjoy wonderful views of the national Park of Cabanars.

The way back we will do it in the opposite direction to the walk.

An ideal route to spend a day enjoying nature, exercising moderate and enjoy the company of friends or family. Do not forget to wear comfortable clothes, proper footwear, and be provided with drink and something to replenish strength.

The cork falls from the Milagra