The current church was built on top of an existing one, earlier from the 10th century, of which there are no remains. In 1563 the architect Hernán González, a disciple of Covarrubias, began its construction. Nicolás de Vergara took over after his death, building the central nave of the cannon. The original building had to be expanded due to the increase in population, adding lateral naves and chapels in the transept. It has five domes.

The preserved tower was built at the end of the 19th century, replacing an earlier one.

The church had a large baroque altarpiece with paintings by Carreño Miranda, as well as a crucifix by Montañés. Although both things were lost during the Civil War. Also noteworthy is a side altarpiece by Germán López from the 18th century, a Christ from the same century from San Felipe Neri in Toledo, and a Baroque organ from 1775 from the Comendadoras de Santiago convent, also in Toledo. 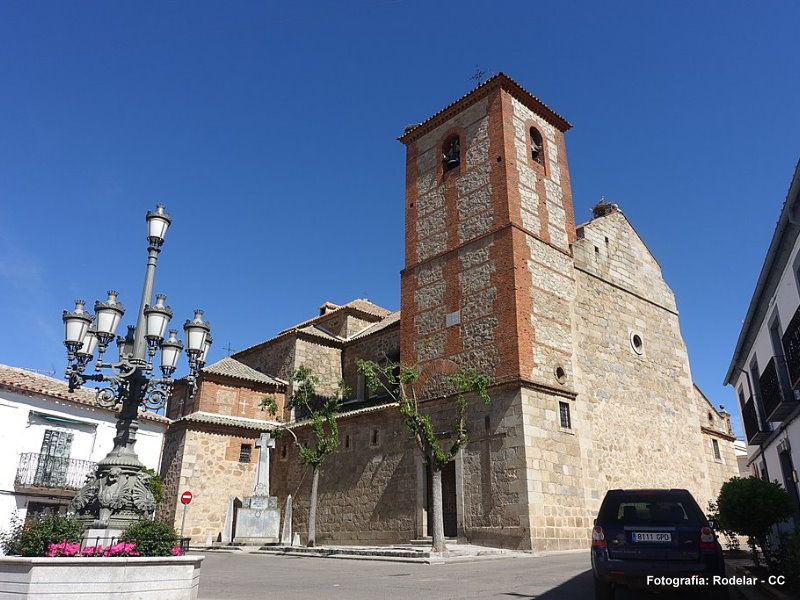 The Cross of Dona Juana