It has a brown back with dark spots not too visible, and often topped by prominent orange dots.

Characteristic species of Mediterranean forests with holm oaks and cork oaks (such as certain areas of the Montes de Toledo), whose aquatic areas take advantage of its breeding cycle.

It feeds mainly on small terrestrial invertebrates, highlighting in its diet the intake of ants. 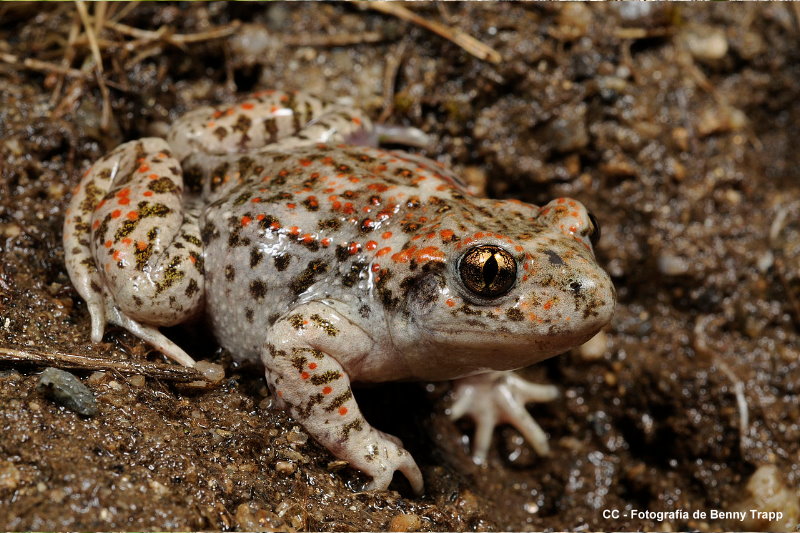 The first season of Puy de Foy ends, and tickets for the next one are already...
Scroll to top