It is the only monument that is preserved prior to the Reconquest. An inscription on its front façade is the only clue to date its antiquity, which is presumed to be at the end of 999, and according to the same inscription the architect Musa Ibn Alí, commissioned by Ibn Hadidí, was responsible for its construction of a powerful character of the time.

The building was consecrated to Christian worship after the Reconquest, on the same day May 25, 1085, adding the apse with a rich decoration of blind arches. The small space of the temple is divided by four columns that make up nine vaulted spaces separated by horseshoe arches. In 1900 the old mosque was declared a National Monument. 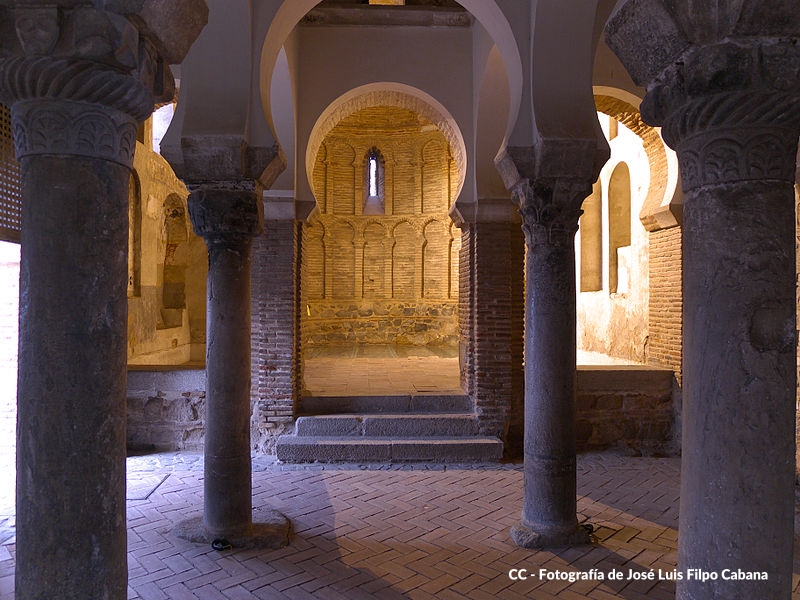