Consuegra, the mills of La Mancha

You are here: Home / Entorno Inglés / Consuegra, the mills of La Mancha

The famous town of Consuegra is perhaps at a greater distance than the desired one from the Finca Los Pájaros Rural House, almost 100 km. But the visit will be worth it to be able to see the beautiful and so characteristic La Mancha print that it offers.

The most characteristic image of Consuegra will be found in the so-called Cerro Calderico, crowned by the typical windmills, which we have surely seen in so many publications, and will evoke the famous scene of Don Quixote fighting with giants.

But it is not the only thing worth seeing, since within the medieval layout of its streets we will find different buildings, in addition to the majestic Castle.

Undoubtedly, Consuegra also enjoys world fame for the production of its extraordinary saffron, of which there is even a worldwide famous festival in October; The Saffron Rose Fair.

And the Medieval Consuegra Fair, which is held in the month of August, has also gained great fame in recent years. An example of a town that keeps its most deeply rooted traditions alive. 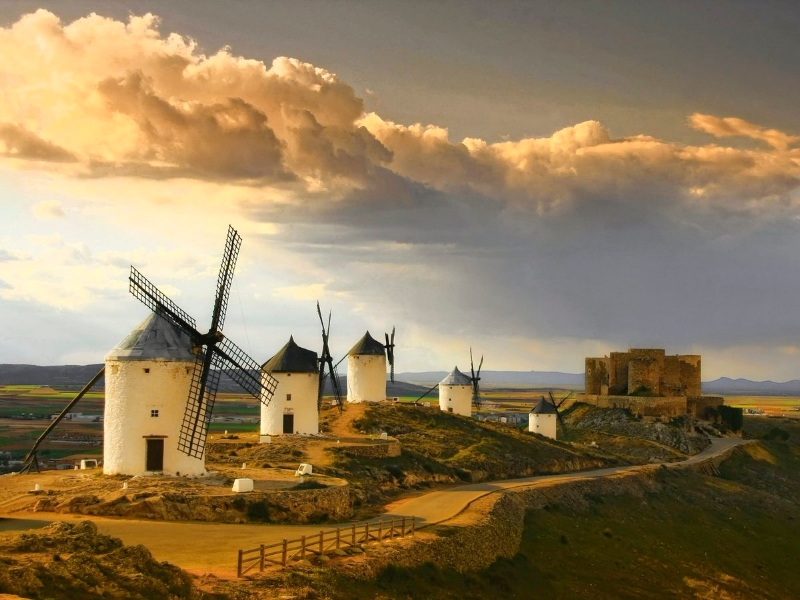 Tembleque, a square not to be missed