In 1551, the current Puerta de Bisagra was built to replace the previous one, with the purpose of following the urban transformations of Carlos V. The monarch tried to change the appearance of a city that remained anchored in the middle despite being the imperial capital

Its construction was commissioned by Alonso de Covarrubias, creating a majestic triumphal arch that flanked two wide towers and crowned the largest berroqueña stone eagle in existence. This majesty brought about the kings of the sixteenth century celebrating for him their triumphal entry into the city.

In 1576 the work when it finished with the towers of the inner body under the direction of Nicolás de Vergara. This is where the gate warden dwelt, and served to collect the port taxes while guarding the north entrance.

In its upper front part, a figure stands out that represented the Guardian Angel of the city. 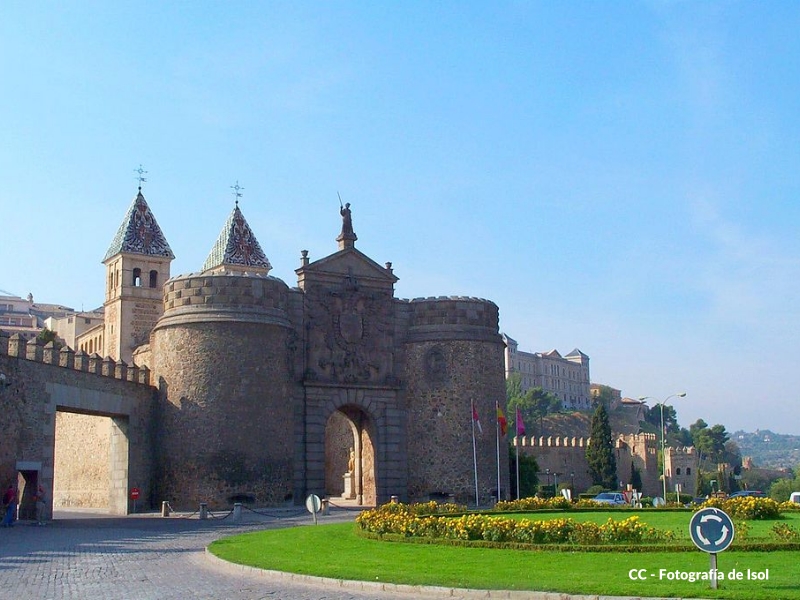