It was believed until not many years ago that the origin of this bridge was Arab, although its construction in Roman times has been subsequently demonstrated. Originally it had three arches, although the one on the left bank was destroyed since ancient times, possibly during the offensive of the Cordovan emir Muhammad I in 858. It was rebuilt in the middle of the 10th century by order of Abderramán III, and the primitive arch It was replaced by the arch that is preserved today, possibly due to a lack of resources at that time.

During the reign of Alfonso X, in the year 1258, it suffered major damage again, this time due to a strong flood, although it was repaired soon after.

During the Middle Ages it was used to control the merchandise that reached the city, establishing its opening with the tolling of the bells of the nearby Convent of the Conceptionists, and the closing to the touch of the Hail Mary of the Cathedral.

The inner tower was built in 1484, and the outer one in 1721, demolishing an earlier one, without knowing for certain the reasons.

It was declared a National Monument in 1921. 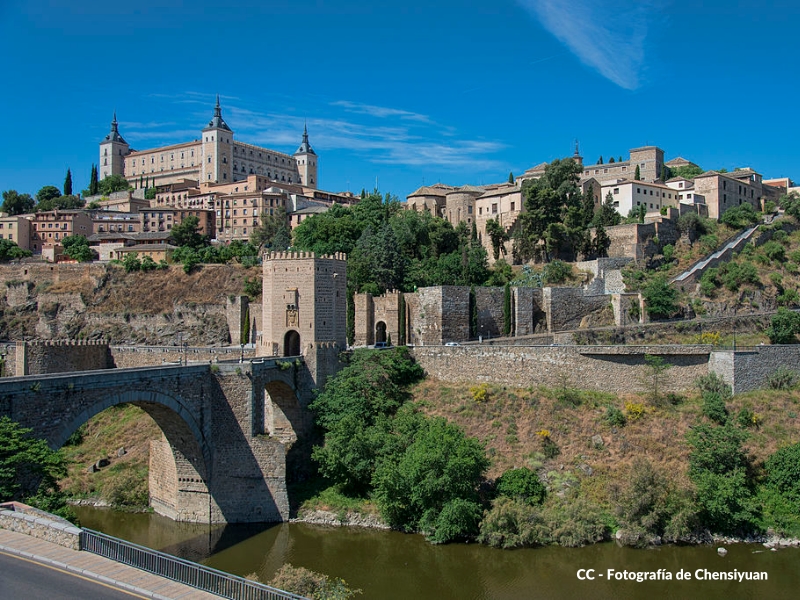