Almonacid is a population of the Montes de Toledo, of just under 1000 inhabitants, and whose name is not completely clear. There are several theories related to its famous castle, although the most possible is by derivation of its ancient name “Almenas del Cid”.

Historically Almonacid has passed from one hand to another. In 1086 Alfonso VI donated this villa to the Toledana church, and a century later it was delivered by Alfonso VII to Count Ponce Giraldo de Cabrera. in 1176 he passed to the Order of Calatrava for a donation from King Alfonso VIII.

He achieved quite a fame at the Battle of Almonacid in the Revolutionary War in which almost 4000 Spaniards and 2000 French people died. As a reminder of the victory of the French appears an inscription on the Arc de Triomphe in Paris.

And what can we see in this town? For we will certainly start with its castle, possibly of Arab origin, which was conquered according to tradition by the Cid Champion. Also the Hermitage of Our Lady of Olive, the parish church of San Antonio Abad of the sixteenth century and neoclassical style, the Hospital García escalona of the seventeenth century and Baroque style, and the remains of the old church and cemetery of the Mudejar period. 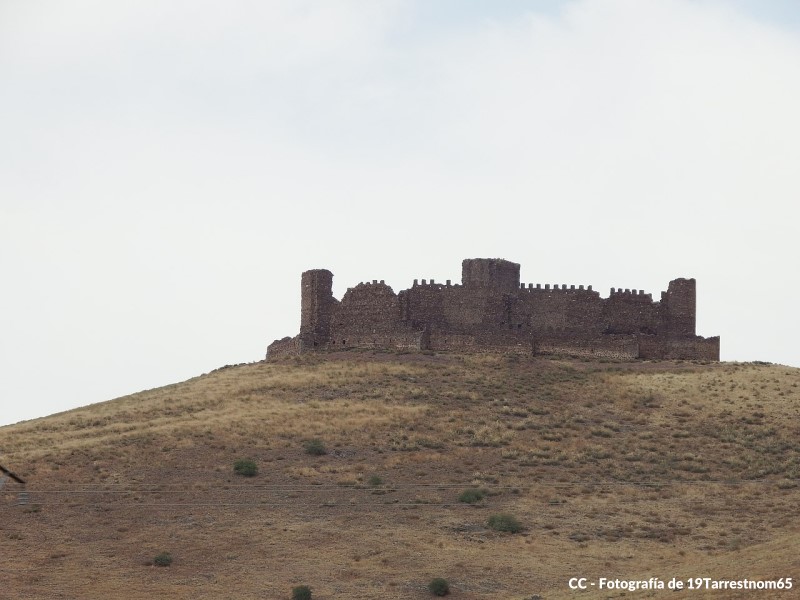