You are here: Home / Fauna y Flora Inglés / They release a specimen of Black Vulture in the Montes de Toledo

Last May, a specimen of the Black Vulture was released in the Montes de Toledo, a species considered vulnerable, between the populations of Navahermosa and Hontanar, in what is known as Collado de la Madroña.

It is worth highlighting the great work carried out by the Castilla la Mancha bird recovery centers, which ensure that almost half of the specimens that arrive at their facilities are reintroduced into their habitat. Specifically, this specimen arrived at the center of Sevilleja de la Jara in October 2017 with high levels of lead in the blood, very dehydrated, and with severe weakness. In this center, his complete recovery was achieved, being transferred to a shed after his veterinary examination and recovery, so that he could fully recover before being finally released.

It was also ringed to proceed with its monitoring once released, and periodically check its good condition. 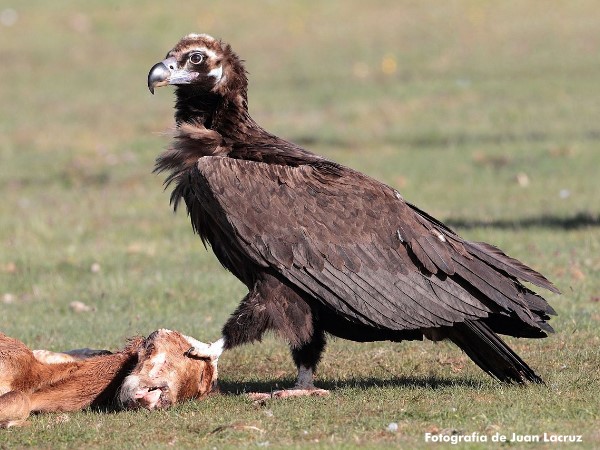