The striking tradition of harnessed horse racing in El Carpio de Tajo takes place during the festivities to commemorate its patron saint, Santiago Apostol. Every year, on July 25, for more than 400 years, as stated in the statutes of the Brotherhood of Santiago, this event is celebrated. Although it is believed that its origins are even older.

They are done three times a day. The race is led by the Big Brother, bearer of the banner, and behind him different couples who gallop embracing each other by the shoulder. The aim is to reach the highest possible speed, while the horses are completely matched.

When a couple reaches the end of the route, the next one leaves, to regroup, and trot back to the start to start again. The ritual is repeated three times.

A curious and striking tradition that, unfortunately, can only be experienced once a year. The town of El Carpio de Tajo is approximately 45 kilometers from the Casa Rural “Finca los Pajaros”. 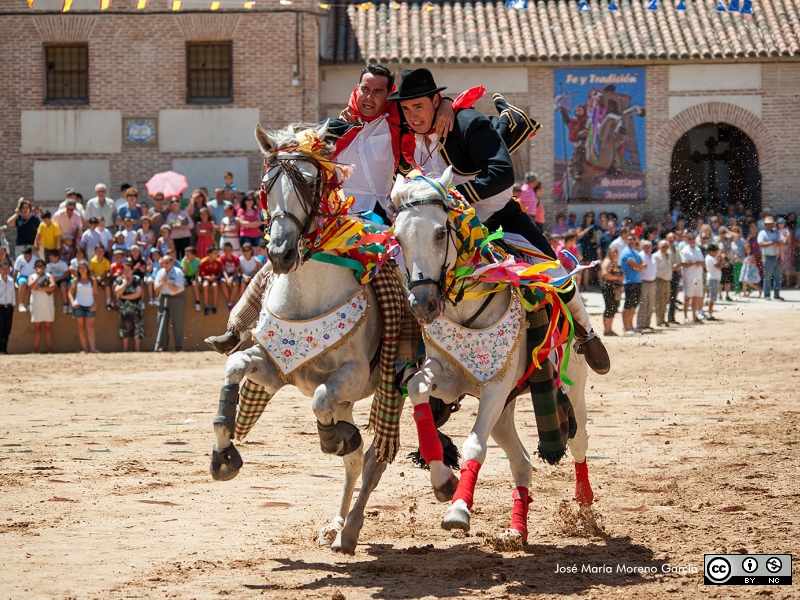 The Navillas
Scroll to top