Deposit and Treasure of Guarrazar

You are here: Home / Entorno Inglés / Deposit and Treasure of Guarrazar

In the municipal district of Guadamur, just over thirty minutes from the Finca Los Birds, is the archaeological site of Guarrazar, one of the essential places to know the history of the Visigoth Kingdom of Toledo, and in which little by little are Discovering important archaeological remains of large buildings of an old monastic-palatial complex belonging to the Visigoths kings.

It was in the year 1858 when Francisco Morales and María Pérez casually strolled around the area around Guarrazar, and were able to see a shiny object under some slabs that had been exposed because of torrential rains falling the day before. When they raised these slabs they were able to discover an important treasure made up of precious stones, pearls, crosses and chalices of gold, gems… And the famous votive crowns.

And behold, a few days later, a gardener of the area called Domingo de la Cruz, who had seen the treasure extract to the previous discoverers, did the same with another similar lot in his own garden.

Following those news were many neighbors who were launched to the search for pieces that could have scattered around the area, looking that possibly gave its fruits seeing the pieces that different neighbors delivered, although it is possible that many of them are Lost on the way.

Currently you can visit a small interpretation center located in an old house of tools, in which we can see different panels to learn more about the history of the site.

There are also four areas of excavation that can be visited by means of expressly created paths, and the explanations and indications of archaeologists will be received to provide their extensive knowledge.
Definitely a very entertaining cultural visit.
More information at www.guarrazar.com 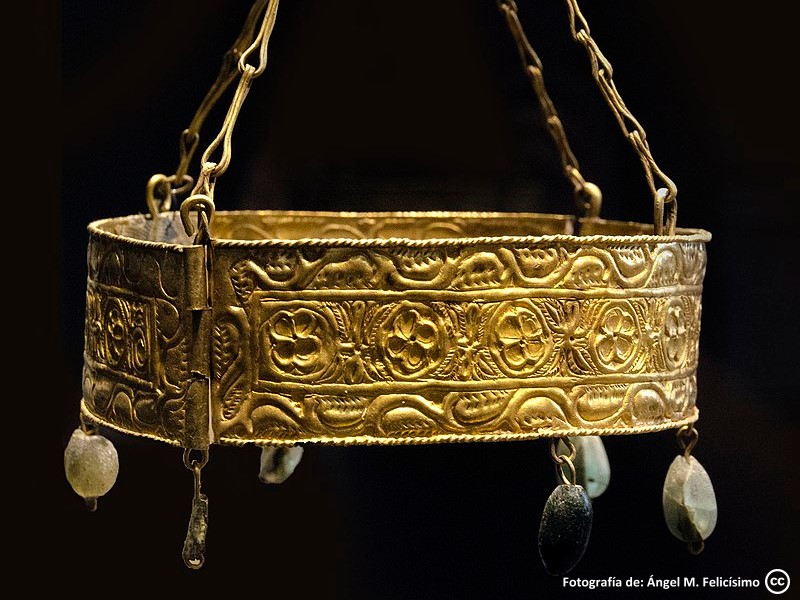 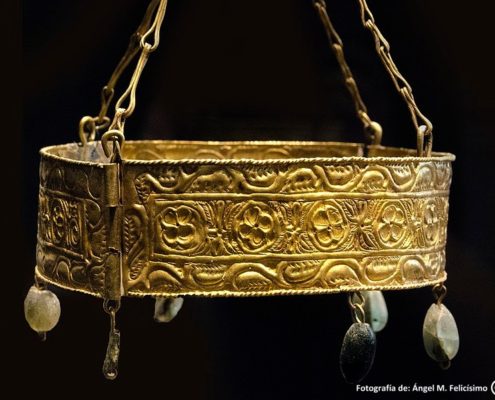 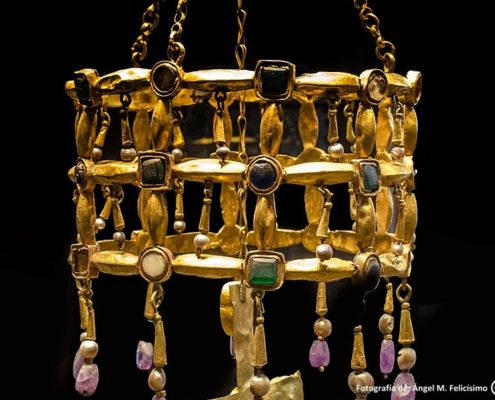 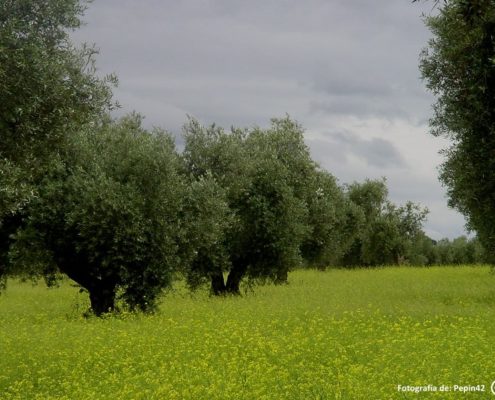 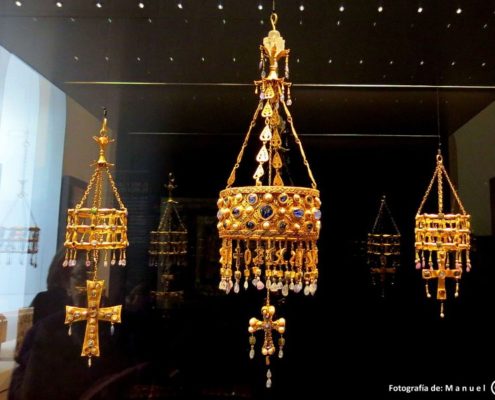