The Castle of Dos Hermanas

You are here: Home / Entorno Inglés / The Castle of Dos Hermanas

At about a couple of kilometres from the urban nucleus of Navahermosa, and through an easily passable dirt road, we can reach this castle, in a place where the so-called “Peñas Hermanas”, separated by the Merlin Stream, stand out. On one of them stands the monument, built on a primitive Castro pre-roman by the Temple in the 12th century.

This castle, along with others of the environment, protected the neighbors of the small population of two sisters, where shepherds and Colmeneros dwell, and where we can still see remnants of that town. It is estimated that two or three dozen soldiers lived in the castle with their families.

During the Reconquista, the two-sister Castle was the protagonist of the battle for two centuries.

When the clashes were completed in the year 1444, the Castle guard was ordered to leave, causing the abandonment of the village of two sisters, and built the first houses of Navahermosa and surrounding areas.

In the year 1444, entering the zone in consideration of pacified by the authorities of Toledo, the licensing of the garrison of the castle is ordered, which entails the depopulation of the village of two sisters, of whose dispersion, their people, they founded the first Houses of Navahermosa and Ampliarian populated areas of the surroundings.

Legend has it that in times of splendor lived captive in the castle two Princesses Moras, which are presently the travellers in the early hours of the morning in the form of an animal, and that in the night of San Juan they come down to wash their garments the brook Merlin. 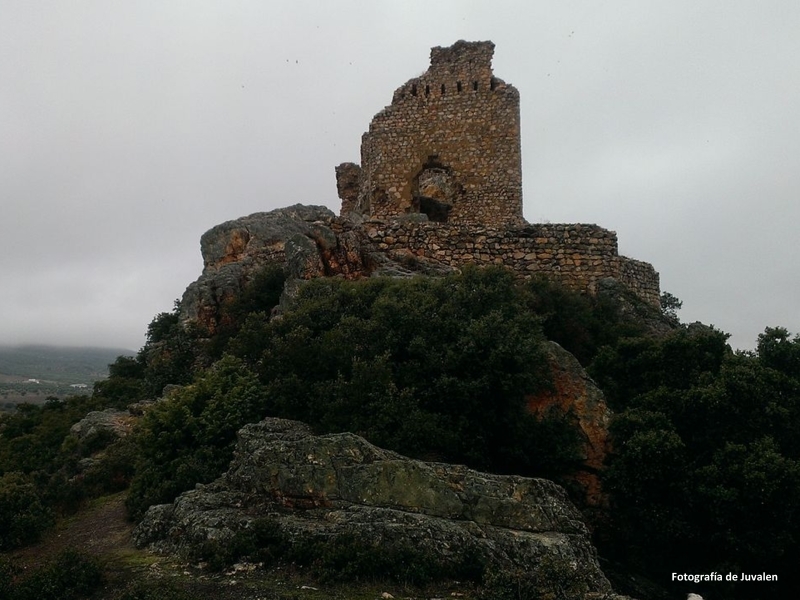