It is believed that the original temple could have been built in the 12th or 13th century, although the first documentary reference appears in the early 15th century, when it is consecrated to Christian worship.

In the year 1550 Cardinal Silíceo turned it into a hostel for women of doubtful life, being known as “The Refuge of Penance”. In the middle of the 17th century the number of women housed decreased considerably, so this function was abolished and it remained as Hermitage of the White Virgin until 1791.

Later it was used as a barracks, being restored in 1798 for being in a severe state of ruin, to be later used as a military warehouse and the Royal Treasury. It was restored again in 1851.

Its current name is due to the fact that a copy of the White Virgin of the Cathedral was kept there until the temple was secularized in 1791. 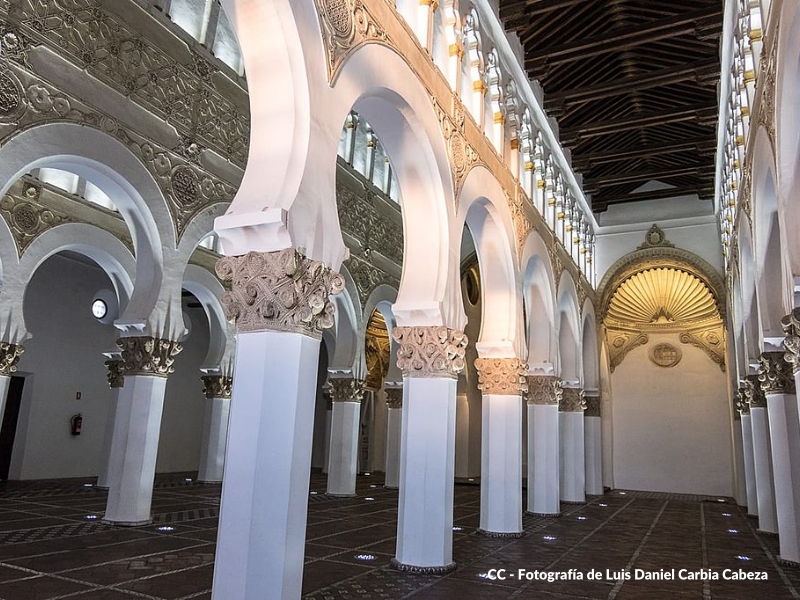