You are here: Home / Monumentos Inglés / Alcazar of Toledo

The current Alcázar building in Toledo rises on the highest hill in the city, dominating the panoramic view of the Imperial City. The remains of its previous structures confirm that in this place there was always some fortress, at least from Roman times.

The current construction was built by Emperor Carlos V to be used as his residence, the ancient fortress from the medieval period being practically completely destroyed.

Throughout history, it has had different functions, such as military headquarters, jail, Infantry Academy, silk workshops, etc. It has also suffered several total or partial destruction, such as a fire in the year 1710, during the War of Succession, another in 1887 during the War of Independence, and its almost total destruction after the bombings of the Civil War in September 1936.

In 1940 it began its reconstruction trying to fully respect the previous traces, and currently it is the headquarters of the Army Museum, as well as the Castilla la Mancha Regional Library. 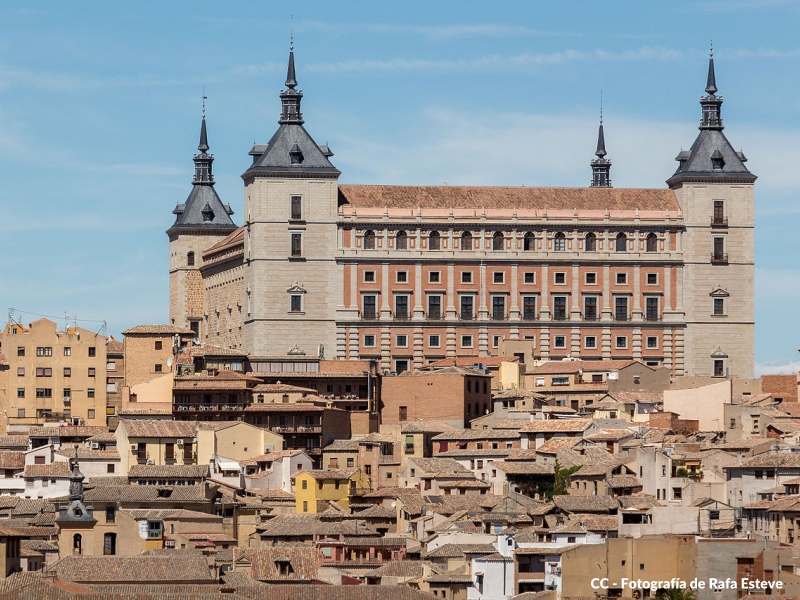